A third of the 10 to 16-year-old population in Kent are benefitting from universal support provided through HSK. The characteristics of young people identified as requiring or taking up support were similar to previous years, with exceptions for some types of support.

Reach for parents and carers is also below that estimated.

A three-level approach was adopted by HSK to achieve the programme ambitions. Each level has an intended target population and the reach of those benefitting was estimated at the beginning of Phase 3.

Approach: Kent-wide activity to promote an understanding of the factors impacting on a young person’s emotional and mental health wellbeing and the actions that can be taken to support them in building their resilience.

Aim: Improved attendance and academic achievement to ensure young people in Kent are equipped to maximise their potential.

Approach: Universal Plus to support system change within discrete geographies based on
groupings of schools identified on the basis of need across Kent, providing a range of opportunities to achieve the three conditions by young people to be resilient.

Approach: Additional: A targeted approach aligned to Tier 2 support focusing on the early identification of young people who, as a result of domestic abuse and trauma may benefit from additional early support to help retain and/or build their resilience and emotional wellbeing to prevent adverse outcomes.

To evaluate the extent to which HSK has engaged with the intended target populations up to March 2020, data has been collated from a range of sources. This includes the programme’s internal reporting and the HSK schools and delivery partners. The characteristics of young people supported by HSK have been modelled using the 2018/19 Strategic Commissioning Analytics Children & Young Person’s Integrated Data Model.

The Resilience Hub homepage had 31,154 hits. 44% of hits were to the ‘schools and community’ page. The page most frequently accessed was the ‘resilience toolkit’ with 6,080 hits. 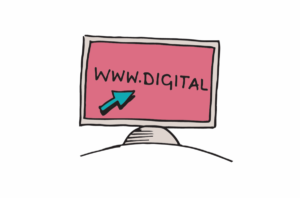 The young people’s website ‘Moodspark’ has been live since January 2020. Of the top-level pages, ‘emotions and behaviours’ has been accessed most frequently.

Although numbers were relatively low as the website is new, the most frequently accessed page was ‘I need help now’ (59 hits).

The social marketing campaign ‘Draw Your Own Solution’, delivered by Hitch Marketing, started on 16th March 2020 and ran for around four weeks.

Snapchat had the highest number of clicks, although the reach of the Instagram adverts also performed well. The content for girls performed slightly better than boys.

All HSK secondary schools use the Resilience Toolkit as a resource to work towards achieving the Award for Resilience and Emotional Wellbeing.

27 schools achieved the standard to receive the Award for Resilience and Emotional Wellbeing. 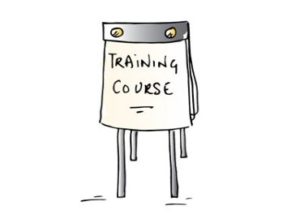 In total, 5,025 school and community staff have taken up training, exceeding the estimated reach of 3,131.

1,945 staff have been trained by HSK staff in resilience conversations, trauma and mindfulness.

Of the training provided by the HSK delivery partners, Mindfulness Intensive and Youth Mental Health First Aid (YMHFA) exceeded the estimated reach. However, Building Resilience Train the Trainer reached much fewer than estimated.

6,959 young people were identified as requiring additional support, exceeding the estimated reach of 1,505. This equates to 5% of the 10 to 16-year-old population in Kent. 61% were identified through a school resilience conversation, Domestic Abuse incident notification sent to the schools by HSK or a school welfare concern.

There were similarities in the characteristics of young people identified as requiring or taking up support at a Universal Plus level, which was also comparable to previous years.

Higher proportion were classified in the Mosaic profile ‘Family Basics’ – families with limited resources who have to budget to make ends meet (23% – 32%).

Any exceptions to the above have been detailed for each type of support in the following sections. Where reach of the programme was at inception estimated for The National Lottery Community Fund, this is shown in the data tables and progress towards the estimates indicated in colour. 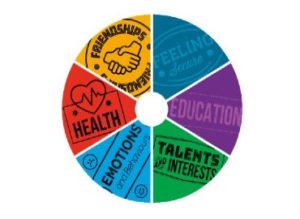 The number of young people identified as requiring a peer mentor exceeded the estimated reach. The number taking up and completing is low due to the limited number of resilience conversation follow up conversations recorded.

One to one support with a HSK Participation worker 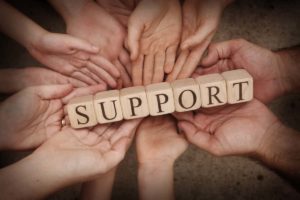 313 young people have received one to one support from a HSK Participation worker. Higher proportion identified as requiring from Maidstone (31%), males (52%) and experienced domestic abuse (12%).

Higher proportion were classified in the Mosaic profile ‘Family Basics’ – families with limited resources who have to budget to make ends meet (25% – 36%).

Any exceptions to the above have been detailed for each type of support in the following sections. Where reach of the programme was at inception estimated for The National Lottery Community Fund, this is shown in the data tables and progress towards the estimates indicated in colour.

Higher proportion taking up from grammar (20%) and primary schools (20%).

97 young people have received support from iCAN. Of those, 63% have completed the support.

Males taking up with an average age of 15. Higher proportion experienced domestic abuse (13%), from ethnic minority backgrounds (12%) and eligible for FSM (45%). Lower proportion from HSK schools (35%).

The number of young people identified as requiring, taking up and completing Talents & Interests exceeded the estimated reach.

Higher proportion taking up from Canterbury (19%) and from special schools (12%). 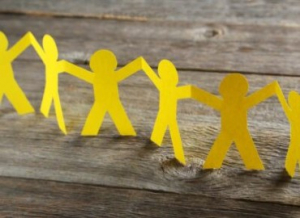 119 young people have received support from the HSK Senior Early Help workers. Of those, 60% of those have completed the support.

915 young people have received transition support. Of those, 93% have completed the support.